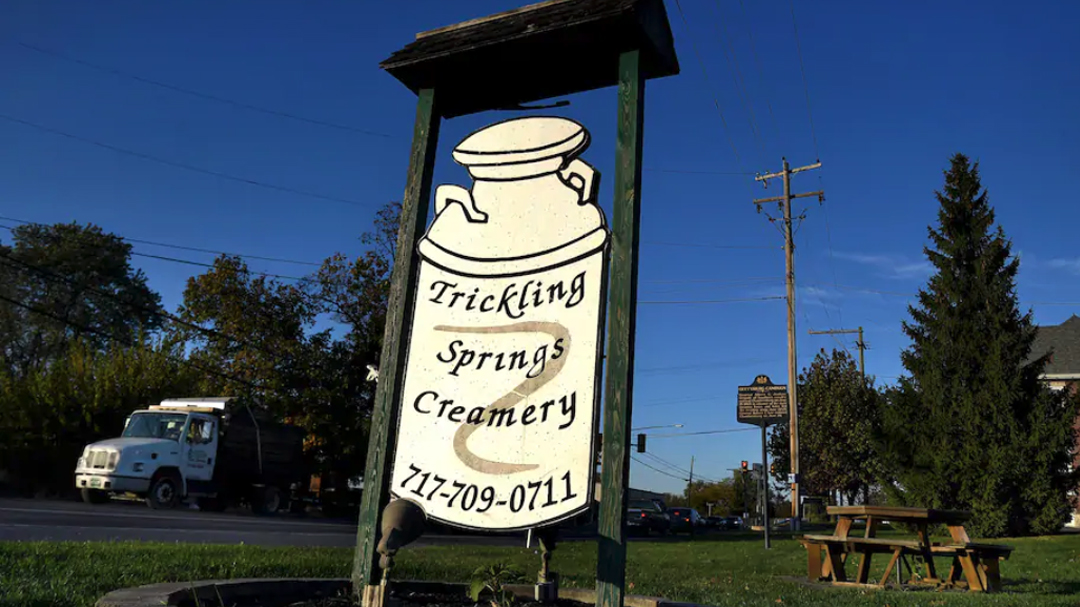 South Mountain Creamery, a family-owned business in Maryland that specializes in home delivery, has purchased the former Trickling Springs dairy and plans to reboot the once-popular brand after it abruptly collapsed last year amid state and federal charges of securities fraud.

South Mountain’s owners closed on the deal Wednesday. They paid about $2 million for the Trickling Springs plant and store in Chambersburg, Pa., as well as the defunct creamery’s trucks, trailers, warehouse and intellectual property, South Mountain co-owner Tony Brusco said. The judge and trustee involved in Trickling Springs’ Chapter 7 bankruptcy case signed off on the sale, he said.

A Pennsylvania dairy was built on Mennonites’ trust and money. Now they’re left holding the bag.

Once the Trickling Springs plant is serviced and licensed again, it will start producing milk for the retail market, Brusco told The Washington Post. At least at first, the revived brand will focus on bottled organic milk, including chocolate milk, whole, 2 percent, skim and cream. Two farmers who used to sell organic milk to Trickling Springs have agreed to partner with the rejuvenated company, Brusco said.

“Trickling Springs had a very strong brand, and they were known for organic milk, which is something we currently don’t offer,” says Brusco, who owns South Mountain with his wife, Abby, as well as his brother-in-law Ben Sowers and his wife, Kate. The family hopes to have Trickling Springs milk back in retail stores by September. While retailers have not committed to buying the milk yet, several are interested, Brusco said, including Mom’s Organic Market.

“Obviously, we’re trying to ease into this so we don’t overpromise and underdeliver,” he added.

South Mountain wants to avoid the alleged overexpansion that, in part, led to Trickling Springs’ demise, Brusco said. In January, the Pennsylvania Banking and Securities Commission ordered the four former owners of Trickling Springs, including de facto financial officer Philip Riehl, to pay nearly $4.4 million in fines for violations of the Pennsylvania Securities Act of 1972 and other regulations. The men were also permanently barred from the securities business, following an investigation into their practice of financing the creamery with money from their Mennonite community without telling investors that Trickling Springs was basically insolvent.

In February, Riehl pleaded guilty to conspiracy and fraud charges in what federal prosecutors called one of the biggest Ponzi schemes in Pennsylvania history, which “targeted members of the Mennonite and Amish religious communities in Pennsylvania and elsewhere, of which the defendant is a member.” Prosecutors said the scheme swallowed up nearly $60 million in investor cash. Riehl is expected to be sentenced soon.

All four former owners were excommunicated from their Mennonite churches over their dealings with Trickling Springs.

“At the end of the day, we’re doing this because we have a very strong passion for local food, and we want to connect that to our community,” said Brusco.

“I’m not limiting us on size, but we’ll never be that corporate structure. That’s not what I’m after,” he added. “I”m not trying to be the Amazon of this type of business.”