For Creamery, a Year of Unexpected Growth 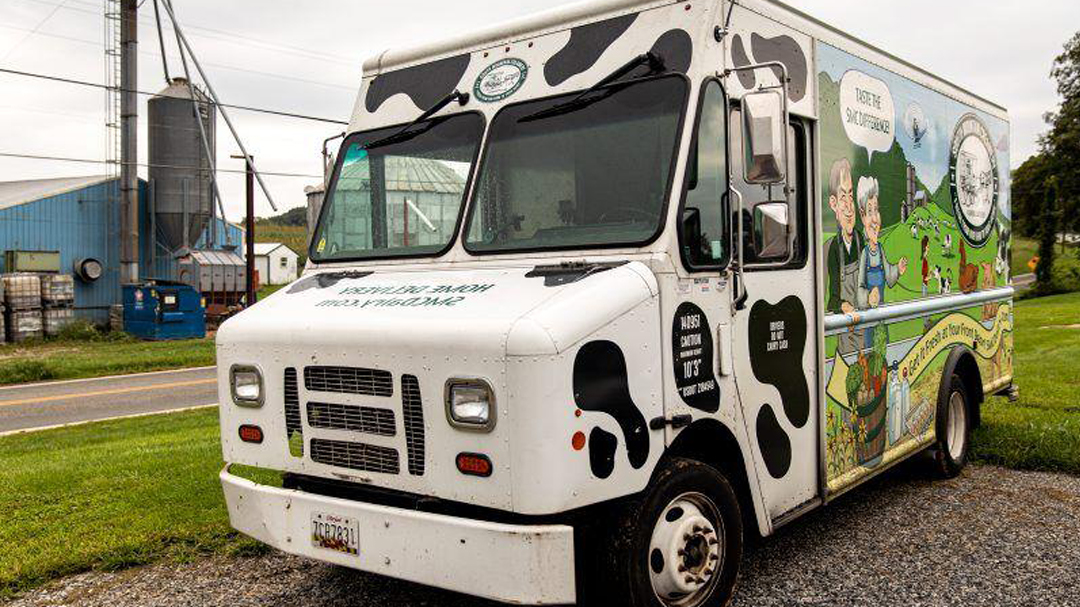 South Mountain Creamery has had quite a year.

In a matter of months, the dairy farm and processor in Middletown, Maryland, has provided solutions for two big challenges — a closed dairy plant and pandemic-fueled grocery disruption — and has positioned itself for an unexpected but promising new chapter in business.

“We’re definitely in this for the long haul,” said Tony Brusco, the creamery’s CEO.

Separated by 30 miles and the Mason-Dixon Line, South Mountain and Trickling Springs were both small bottlers of locally produced milk.

Both companies had retail storefronts, but Trickling Springs focused on wholesale accounts. At one point, its products were in 1,500 stores, according to the Washington news site DCist.

Meanwhile, South Mountain built a home delivery business, becoming the modern-day milkman (and source of beef, eggs and other local foods) to 5,000 families in Maryland, Virginia and D.C.

As a result, South Mountain was well positioned to grow this spring when the COVID-19 pandemic prompted consumers to seek alternatives to the grocery store, including home delivery.

“We went through several months of dealing with waiting lists and trying to add drivers and trucks,” Brusco said.

In addition to boosting the creamery’s sales, the surging demand helped the local growers who supply South Mountain with produce. Many of these farmers were losing other markets because of business shutdown orders.

With dairy sales surging, South Mountain’s processing equipment was fast approaching its maximum capacity. So in May, the company bid on the Trickling Springs plant, which had been sitting idle since the previous September.

Trickling Springs’ organic milk had gained an impassioned regional following, but the company was financially troubled and sought bankruptcy protection in December.

As it turned out, former majority owner Philip Riehl was using Trickling Springs in one the largest Ponzi schemes in Pennsylvania history.

The Justice Department said Riehl bilked investors of about $60 million, often by exploiting the trust of fellow Anabaptists.

Riehl, of Bethel Township, Berks County, pleaded guilty to securities fraud and wire fraud in February. He was sentenced in July to 120 months in prison and was ordered to pay millions of dollars of forfeitures and nearly $60 million in restitution.

The 22 organic dairy farms that had been supplying Trickling Springs retained a market with Organic Valley, which had been managing the creamery’s milk supply since 2017.

Brusco knew many of the owners and managers at Trickling Springs, and the two companies occasionally helped each other out when one ran short of supplies. He was aware the company was going through financial problems but couldn’t have guessed what exactly was going on.

“It was sad for us to see them shut down. I was shocked,” Brusco said.

But after South Mountain won the bid and settled on the Trickling Springs property this summer, he set about bringing the Pennsylvania creamery back to life.

Brusco and his team got the plant certified organic and non-GMO, as it had been before. They took care of upgrades and maintenance that had apparently been deferred because of money problems.

The idea was to make as many tune-ups as possible before restarting operations in September.

“Once a plant starts running, it’s hard to have those gaps that you can shut down again to do repairs and such,” Brusco said.

The building’s remodeled restaurant has reopened as The Market at Trickling Springs, serving sandwiches and dairy treats.

Before buying the second processing plant, South Mountain bottled and sold only milk from its own cows. To supply Trickling Springs, the company has contracted with an organic dairy farm and may bring in a second farm next year.

Though South Mountain made its name in grocery delivery, the company had already been expanding its wholesale markets for several years before purchasing Trickling Springs.

Growing the volume of milk processed at the plant was a way to compensate for low milk prices. The company also took over many of Trickling Springs’ accounts when the Pennsylvania creamery folded, Brusco said.

Getting Trickling Springs milk back into grocery stores has been slow going. New products have to go through a vetting process, and many retailers were reluctant to change their shelf plans with the holidays approaching

Still, Trickling Springs products are once again for sale at shops in Pennsylvania and Maryland, and several large accounts are reviewing the products. Brusco is optimistic about the future of the brand.

In addition to providing much-needed processing capacity, the Chambersburg plant has given Brusco an opportunity to expand home delivery into Pennsylvania. South Mountain currently delivers to Gettysburg and up the Interstate 81 corridor as far as Harrisburg.

A vastly expanded delivery business and a second processing plant in another state aren’t the future Brusco was envisioning for his company just a year and a half ago. But in many ways, South Mountain Creamery has grown more and is better positioned for the future than he could have predicted.