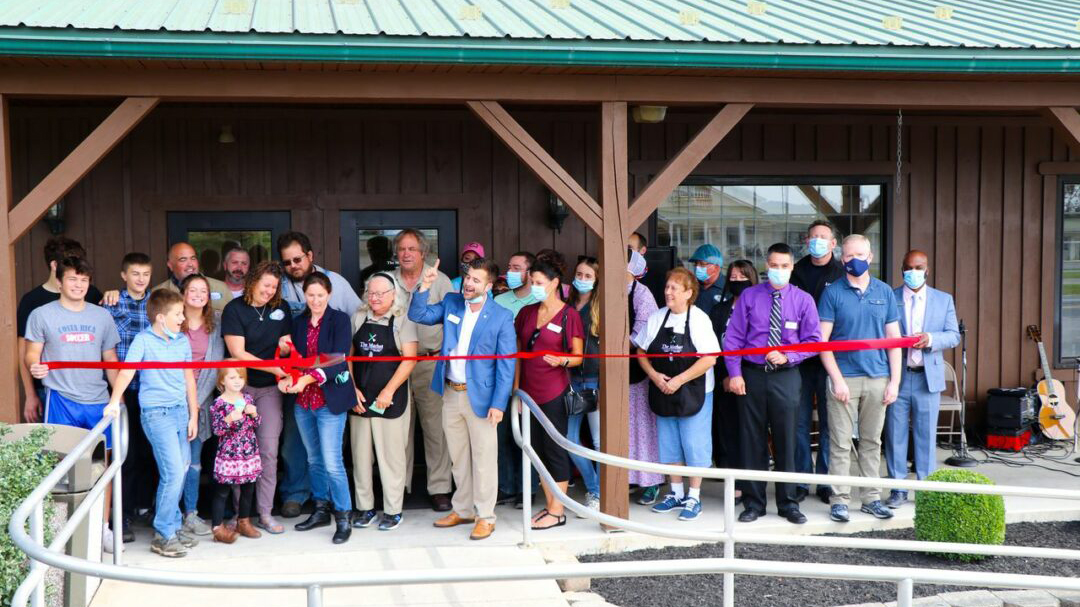 The Market at Trickling Springs officially opened on Friday with a grand opening celebration and ribbon-cutting ceremony with the Greater Chambersburg Chamber of Commerce.

The new owners said that they have renovated and reinvented the storefront that accompanies the organic milk bottling plant with fresh paint, new light fixtures, and interior accents over the last several months.

“A lot of thought, time, and effort went into every detail of the renovations,” Tony Brusco, co-owner, of The Market at Trickling Springs said in a recent press release. “From selecting staff to deciding which menu items to offer, and everything in between. We want our guests to feel at home the minute they walk through the doors.”

The plant and storefront employs about 30 people and the number of employees is expected to increase to about 50 people over the next six months.

“Many of these products are artisanal, produced in small batches, and can’t be found anywhere else,” the company said.

South Mountain Creamery was founded by Randy and Karen Sowers in 1981 and is currently owned by Tony and Abby (Sowers) Brusco and Ben and Kate Sowers.

“When Trickling Springs closed, farmers had to scramble and find a new home for their milk,” Brusco, said in a July press release. “We have the skillset to run a successful production plant and can use our experience and knowledge to help reopen the Trickling Springs Creamery plant. At the same time, we’re reaching capacity at our current plant in Middletown [Maryland]. Best of all, we’ll also be able to offer a truly local, grass-fed, organic bottled milk to our customers. It’s a win-win-win.”

Trickling Springs Creamery opened in 2001 and produced milk, cream, butter, ice cream, yogurt and cheese and its products were sold up and down the East Coast before abruptly closing last year, according to an Associated Press report.

According to federal prosecutors, Philip Riehl, the majority owner of the former Trickling Springs Creamery, ran a long-running fraud scheme that preyed on hundreds of Amish and Mennonite investors, the AP reported at the time. He later pleaded guilty and was sentenced to 10 years in prison, the report said.